"After it goes black...It begins"

And the story continues...In Season 7 Dickie Moltisanti returns to New Jersey (faked death & hid in Canada for 30 years to avoid FBI) seeking revenge for the murder of his son Chris and his nephew Anthony Blundetto (both killed by Tony). Reuniting with former Dimeo crew member Junior "Corrado" Soprano and Enzo Aprile (Ritchie's nephew) Dickie hires the Viper motorcycle gang leaders Woz and Angel to kidnap Carmela and A.J. Soprano. Then he orders Enzo to kill Tony's only other uncle and Junior's only brother), mentally retarded Ercoli Soprano (Dickie told Junior that Tony ordered the hit). Meanwhile Paulie, Silvio, and Tony await his upcoming RICO trial by meeting with a corrupt Swedish banker in Miami Beach named Yohan (who is working with the FBI).

Junior Soprano and Dickie Moltisanti continue to lead their crew, along with capo's Joey and Pete Maccarato, as they target Soprano capo Patsy Parasi, using overseas Italian hitmen.  While the two renegade Viper biker gang members (secretly hired by Dickie to kidnap Carmela and A.J.), are being hunted by Tony throughout Jersey.  About to be released from jail, is future soldier Vincent Leotardo (Phil's son), who seeks revenge for Tony's murder of his father Phil.

"Scarface Theme" - Giorgio Moroder
"Stop Children What's That Sound" - Buffalo Springfield
"Grindin'" - The Clipse ft. Neptunes
"Pet" - A Perfect Circle
"Riders on the storm" - The Doors
"Hands all over" - Soundgarden
"They Can't Take That Away From Me" - Frank Sinatra
"United" - Ennio Morricone
"The Shining Theme" - Wendy Carlos And Rachel Elkind

Tony Soprano returns to "business as usual" with Paulie Gualtieri, Silvio Dante, and Albert Barese hanging out upstairs at the Bada Bing stripclub in North Jersey playing poker.  While Junior Soprano, Dickie Moltisanti, Pete & Joey Maccarato, Hugo Rossi, and Vincent Leotardo hide out in a motel upstate planning how to take out Tony and regain control of the Jersey Mob.  Carmela, Meadow, and Janice Soprano visit A.J. Soprano in the hospital as he recovers from being shot.  Also FBI agents question stripper Lucy, and continue to infiltrate the Soprano crime family.

Tony sits in jail talking with a prison guard, then spends time at Hesh's ranch with Artie, Paulie, Silvio, Hesh, and Carmela.  Meanwhile Junior, Dickie, Hugo, and Vincent meet with the 3 Italian hitmen (Luciano, Gino, and Sergio) in the freezing snow outside Jersey.  Also Neil Mink(Tony's lawyer) informs T that Albert Barese is talking to the FBI and Tony's old therapist, Doctor Jennifer Melfi, is now working with the FBI.

Tony Soprano finally confronts Junior for the last time, the FBI close-in on Neil and make him an offer he can't refuse, while dressing as paramedics in disguise Paulie Walnuts and Silvio Dante have a "much needed talk" with Albert "Ally Boy" Barese.  With one last shot at controlling the Jersey mob...Dickie Moltisante, Junior Soprano, Vincent Leotardo, and Hugo join their Italian non-english speaking hitmen...to finish the job.

Congratulations on your release. I've always liked The Sopranos (one of the best TV series ever) and I'm sure I'll love watching it adapted into The Movies. I'll try to find time and watch it as soon as possible 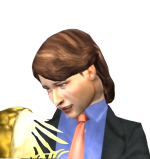 Between this week and the next I catch up and watch all the movies that I am missing .a greeting

Congratulations!
I personally don't know about Sopranos so I guess my ignorance precedes me.
I wonder if you have previous in-game experience, just to say the video quality is pretty decent and the way you coreograph freecam is highly skilled. I probably enjoy the technical perfomance rather than the story itself in our videos, and I was really overjoyed in yours.
For our language barriers, the lack of voice-actors and fully subtitled videos gets me off-guard that sometimes I loose myself through the story. I know this was your only way to make this tribute to work and you must be proud of that, there's nothing more achiving than personal success at something, and this was extended to five chapters.
I take my hat off and congratulate you for that!