Just a quick post to garner a bit more attention around my upcoming TM film project "Gone Missing" a story about a hobbyist photographer who, due to severe stress, goes out to remote cabin in the woods without telling anyone, to have peace and quiet and get lots of good nature photos. But, while out in the woods he suffers a terrible accident. No one knows where he is and he can't call for help. What will he do? Will someone find him before it's too late?

There will be no dialogue, only visuals, sound fx and music. I currently have a sneak peek of the first 4 minutes of the film, basically the introduction to a much longer opus.


I've made a couple of silent films (Letting Go and Flashbacks, both of which I will be re-uploading in the near future) and I've always wanted to take it to the next level with each one. Writing a great script and having it read and acted out takes a lot of hard work, for sure. But making a film, a story with nothing but visuals and sound fx is a challenge of it's own, and I would recommend any filmmaker to try it at least once. I find it to be an incredible storytelling exercise, it's certainly taught me a lot. Not only is it very challenging, in an amazingly fun way, but it also makes a film universal. Anyone from anywhere can watch the movie in pretty much the same way, because there's no language barrier. I think that's an awesome thing. Anyways, I said this was going to be a "quick post" but... and look what happened haha

So cool your project looks interesting. I have to learn very much from this. The filming was awesome, I enjoyed very much. If you press the right key, language barrier becomes absent. The visual format was precisely that kind I'd like to perform in my videos. It's a wonderful way of how to present a story. I'll stay alert looking for its revealing

Thank you Dibu! Those are very kind words, works as extra motivation to get back to work on this as soon as possible! I have a couple of other little things I'm working on currently, but once that's all done with I'll be focusing my full attention on Gone Missing!

Thank you Ralvaz! It definitely can be a challenge, but that's what makes it fun. And you're really awesome at making films without words yourself! Reflexes and Nocturne are both great.

Thank you for the compliments, really motivates me getting so much positive feedback encouragement.

I see your point, but there was only one person in short sleeve, and some people can handle more cold than others so it's not that much of a mistake, I pay close attention to that sort of detail believe me.

However, the alarm clock thing, that was definitely a mistake on my part, not one that I'd go back and fix now, come too far and gotta look ahead, but I do have to watch out for that sort of thing going forward. Thank you for pointing it out I hadn't even realized.

I do try to pay as much attention to detail as possible, but personally things like don't really stick out to me as much. As long as there isn't too little attention to detail in a film, I'm fine with it. But there are some people who leave not one mistake and those are truly great filmmakers, some of the TMU veterans are the greatest of all directors, and that's including real-life directors.

I understand everything you say in critique is to help, not bully or anything like that. I appreciate it very much, thank you! I'm far from perfect as a director, but with every release and the more feedback I get the better I become. I hope I make something that absolutely floors everyone someday.

Also, after Gone Missing, I do have plans for another comedy, sort of like my film "Out of Print" ... but with much less drama, and more of the comedy! Unfortunately, one of the members of the cast is in the hospital, until he gets out there's no way I can go forward with the project. I hope he makes a speedy recovery, not for the movie's sake, but because he's a good friend that I miss talking to. I know he'll be excited to work on it once he's better!

Thank you Kubo! My goal is to have it ready before the Fall, could be earlier, could be later, we'll just have to see. So glad to see this much support for my project so far.

I'm the guy who will wear a long sleeve shirt, two sweaters and a jacket when it's cold out.. and then I'll still be too cold and get sick. Hate hate hate the Winter. And once I was confronted by an old man in jeans and shirtless, in the freezing cold, who asked persistently for me to take the kumquats growing in his backyard. Needless to say, I didn't take any...

crazy stuff like that happens all the time where I'm from. 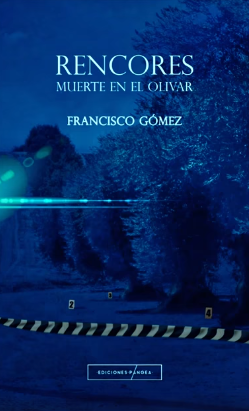